Sunday it was somewhere between a hundred and a billion degrees, so I got up at dawn and went cycling before the sun melted the blacktop. About 3 hours later, I get home breathing hard, coated in sweaty salt and smelling like a dead muskox.

The Bear was getting up to go to the Orange therapy or theory or whatever the fuck “orange” gym she has been going to.

“Did you see the crumbs you left this morning… I had to sweep, after I swept last night,” she said.

“I didn’t eat anything crummy,” I said.

“You had to see those crumbs before you left… you couldn’t miss them.”

The Bear can spot crumbs at a range of 200 yards. I don’t see them even if you circle them with a laser pointer. Where the crumbs came from is still a mystery to me.

They were “fig newtons” from the day before, she said. “You must have dragged them back into the kitchen on your shoes.”

Jesus, how does she know this shit…

She leaves. I shower. My left leg cramps up and I spend 20 minutes hobbling around the house, sucking down magnesium caplets, drinking a 2-liter water bottle and rubbing ice on my legs.

I settle into 1 of our 5 leather recliners, and I’m just about asleep when she gets home.

“I bought donuts,” she said.

“Then don’t eat them,” she said. “I’m hungry.” Of course I had the donuts. Two glazed, warm and soft, sugary lumps of goodness.

I forgot it was Father’s Day. She wanted me to open my “presents.” I didn’t get her anything for Mother’s Day. 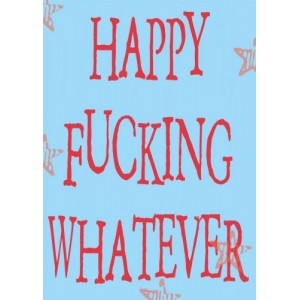 “I thought we had a deal that the San Diego trip took care of Mother and Father’s day,” I said.

“No, that was our anniversary.” Shit.

Last month, I gave her a Mother’s Day card with a single dollar bill inside. It was the same dollar I had put in her birthday card the week before. She left it on the counter, and I used it again. I’m so fucking smart.

The box was full of clothes for tennis. “You are not going to embarrass me in San Diego,” she said.

That night we went out to dinner with 9 of my family including my father and my son. The Bear organized it. The Boy showed up, no card, no nothing. We exchanged a mutual grunt and that was good enough.

When the bill came, he put $20 on the table to cover “his part.” The Bear told him to take it back. I put it in my shirt pocket. She pulled it out and handed it back to him.

He handed it to me under the table, and I put it in my pants. That’s the fucking least he could do on Father’s Day. It didn’t even cover his part — he ordered a liter of beer for fuck’s sake.

The restaurant was under-staffed and the meal took a long time. We all had leftovers and no one wanted dessert. We said goodbye, got in the car and the Bear said: “We are getting something chocolate… By the way I know you took that money from your son.”

Jesus, how does she know this shit…

We got peanut butter brownies. I pretended the Boy bought them. We slowly ate them like it was our last meal on earth. And we laughed.

You know what — it was a happy fucking Father’s Day.