Top 10 clues that your neighborhood is going downhill

Like most people of privilege, I’ve almost always lived in a “decent” neighborhood. There were a few years in south Phoenix in the 80’s, when the “condo” got sketchy. But after the first night the Bear heard gunshots, we quickly moved to the suburbs.

Now we are surrounded by neighbors with guns, but don’t get many shots – lots of fireworks, not any gunshots. You know, a “safe” neighborhood.

Other than looking up police stats on the internet, how can you really know you are in a safe neighborhood? I have no fucking idea.

But I can tell you there are some clues when you neighborhood is going downhill, or it already slid to the bottom of the hill while you were napping.

10 – The busiest retail corner near your house is a huge empty space. But it has a PayDay loan, and a “Good Ole Tom’s” Cash for Gold store.

09 – The closest Home Depot closed, but on the shady side of the gas station, there are 15 day laborers standing in a row.

08 – Your favorite gas station goes from being Exxon-Mobile to “Ed’s” and puts up a sign: “Cash Only Pay in Advance”.

07 – The liquor store changes it’s name to “Brownbag Liquors,” bolts its door and doesn’t let anyone inside. There are just bars on the one window — and it is not a drive through.

06 – All the grocery stores (including Walmart) have closed and you have to drive 10 miles to find a “Food City.”

03 – Suddenly, Dominoes Pizza won’t deliver to your house. It’s a trip to Little Cesar’s or nothing.

02 – For no apparent reason there are at least two pairs of mismatched shoes hanging by their laces over the telephone wire. 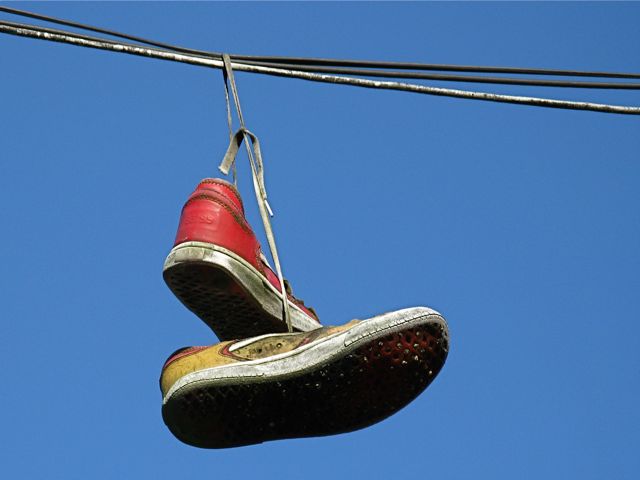 01 – It smells like a mix of sewer gas and Taco Bell, but there is no Taco Bell for miles. No one seems to notice the smell except you.

If you see these signs — all I can say is good fucking luck. 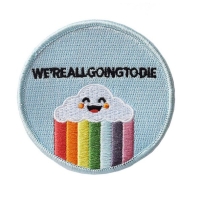