The Quest for Pliny

I’m ashamed to admit I spent 5 days looking for a single beer in San Diego. Worse — when I quit trying, the Bear found it in 2 hours.

Now it’s a lifetime of front and center condescension.

Just another dimension where I disappoint:

I don’t give a fuck about any of those other things. But now we add “finding beer.” How low can you go.

The only good news is that usually it’s all my fault — but this time, I have a grown-ass hairy scapegoat. Larry Ward, for fuck’s sake.

Larry is one of the pendejos who have rotted away my life with an odd mix of beer, booze and smoked meat wrapped in a fig leaf of “tennis.”

These pendejos have been making me fatter, slower and drunker every week since 2012. My tennis game sucks too.

Larry isn’t the worst pendejo (See pussy Joe or goat-fucking Geno… don’t get me started on “Shad”). But Larry is the most driven by alcohol.  Larry brews his own beer and makes his own “juice”.

Juice is an unholy concoction of fruit and liquor that comes in random colors with names like Halle, Ralle, Salle or what ever the hell is in Larry’s little melon head.

Nobody plays tennis without Larry’s pressure to drink. It might be red, or pink, or purple or green. He even makes some blue shit. It might be tart or sweet. It might be 10 or 90 percent alcohol.

But you will drink it, and it will make your body aches go away and your head spin like a ceiling fan.

Juice makes the sober and sardonic Gibson giggle like a 10-year-old girl.

So the Bear surprised me with a trip to San Diego. She discovers the La Jolla Beach and Tennis Club online. She texts me.

“But you didn’t check the link,” she writes.

Second, the pendejos have been telling long-form stories about LJBTC (yes that’s what they put on their website) for years. For the first few stories, I figured it was gay-friendly, because Pussy Joe was telling the story, and you know…

For those who don’t know, LJBTC is a famous tennis club in California. The rooms and tennis courts are steps from the sand. It has a private beach where “anything goes” — meaning you can drink booze or BBQ on the beach. 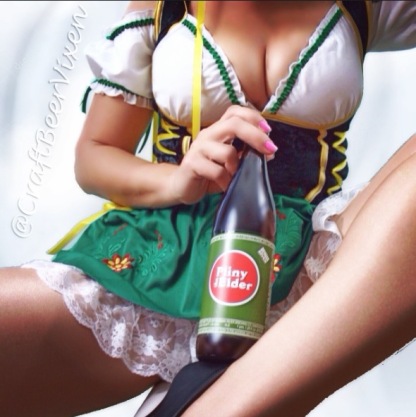 Larry finds out I’m going. He berates me about Pliny the Elder.

Apparently Pliny is an award-winning beer that’s hard to find. I like beer, but I don’t follow it’s awards: I like movies, but I don’t fucking watch the Oscars, either.

Larry is the National Enquirer of beer. he’s virtually stalking me like a drunk paparazzi: Talking to me twice a week; texting at random intervals…

I figure the stalking will stop when I’m gone. Fuck NO. Every day he was checking on the Pliny.

So I brought the road bike. Figured I can go for a ride, find the beer and haul it home.

Larry text’s me the Yelp link with “Pliny” ratings. I look at the top 2 sites, plot a bike course. Get to the San Diego Tap room in Pacific Beach – no fucking Pliny. But the 3 beers I had there were pretty good.

Repeat for the next 3 days in La Jolla, Del Mar and then Solana Beach. San Diego has crappy roads for bikes, but a lot of good beer.

I even got in the car and went to fucking Whole Foods. No Pliny. So I bought a 6-pack of some “star dust” or “space dust” shit. That’s when I gave up.

“Then find that fucking Pliny,” I say, like it’s Name That Tune. I had the false-confidence that comes from 6 draft beers mixed with failure.

There’s websites like TapHunter, and BeerMenus with up-to-the-second reports on Pliny. Apparently Larry is not the only beer paparazzi. The Bear checks the sites and texts me an hour later: “Found it.”

Fuck. I get done with tennis. The Bear is waiting with bated breath.

“Hurry up… It’s not going to be there forever.”

She already had a bottle from some liquor store. They told her she had to “drink it on site,” but she told them “her husband” loves Pliny but can’t be there… it may or may not have involved cancer.

I’m not sure which husband she is talking about. I don’t really like IPA and I’m cancer free. But they let her leave with the bottle wrapped in a brown paper bag.

Then we drive to some other taproom in a strip mall near the stadium. She asks the waiter for Pliny.

“Yes you do.” the Bear says. She waves her hand dismissively toward the bar. “I was just here, I talked to that little short girl over there, and it’s on your beer list.” She holds up the beer list.

He leaves to check.

“We do have it on draft, but you can only have one 6-ounce glass.” 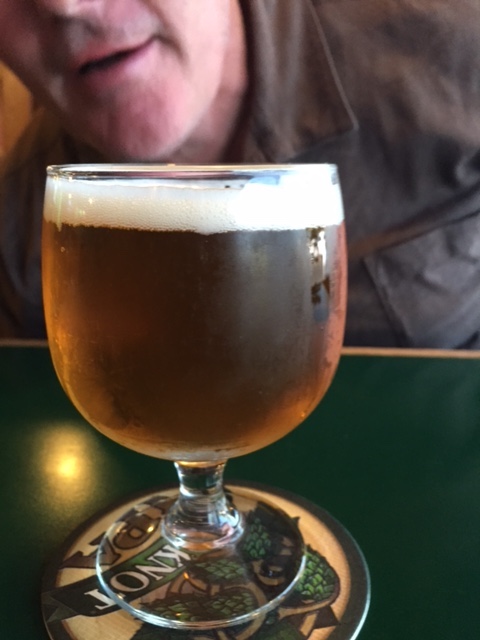 I taste it. It’s good for an IPA. The Bear tastes it and makes a face. “It tastes a lot like, what is that stuff you use to remove paint…”

It’s true there was a little hint of turpentine, but it wasn’t too hoppy. It was very smooth and had a really good finish. I text a picture of the draft glass to Larry. We say nothing about the bottle.

Now we have one precious Pliny. But the Bear bought all kinds of shit that needed to be cold in the car. The Pliny got first priority.

“Once it’s cold, we need to keep it cold,” I said. “That’s what my Dad always told me.” I should have kept my fucking mouth shut.

“Eat all this meat and cheese before we go. There’s not enough room for it.” 4 days later —  I still haven’t been able to take a shit. There’s a 4-pound meat and cheese dam in the middle of my large intestine.

We get back to Tucson, and I pack the Pliny and Space Dust in my tennis bag with shipping ice packs. I get to the 3rd-world club. I’m the 13th player —  no tennis for me.   Larry’s not there.  Shit.

Fucking bag is heavy with bottles and ice bags. Fucking Larry carries a heavy bag every week.  I text Larry.

It’s getting close to 8 p.m.  Larry and Gibson arrive at the same time (collusion is happening everywhere my friends).

I reach into my bag.  Larry squirms.

He sees the wino bag. He whispers: “is that what I think it is?”  He takes a step toward me like the Number One altar boy at midnight mass.

“Look” he says. The hairs on his little arms are standing on end. His feet start to simultaneously shuffle and hop like a peeing two-year-old.

He carefully removes the bottle from the brown-paper bag. He whips out his phone.  ‘I gotta tell my wife, but I’m not telling any of these fuckers,” he says as he looks out on the courts. “They are gonna want some.”

The next night I’m back in the 3rd-world club. Some crazy woman and Kate are showing me pictures Larry sent. Apparently it was not just his wife he wanted to tell/brag/humiliate/soak in envy.

“You don’t bring me any…” the crazy woman says to me. “Where’s my goddamn Pliny.”

I think: You are not Larry Ward, for fuck’s sake.

I say: “If you want some, put the Bear on a plane to San Diego… she could have it for you that afternoon.”

And the Quest for Pliny begins… again.