I’m not sure when Gilbert, Az started letting roosters in my neighborhood, but last year some fucking little Foghorn Leghorn made his home almost next door.

It’s a suburban neighborhood with 6-8 homes per acre. It’s not a fucking farm. But near the block fence that abuts the far side of my next door neighbor’s house is a goddamn coop complete with a loud-mouth chicken with a cock. In a straight line, that little fucker is about 70 feet from my bedroom window. 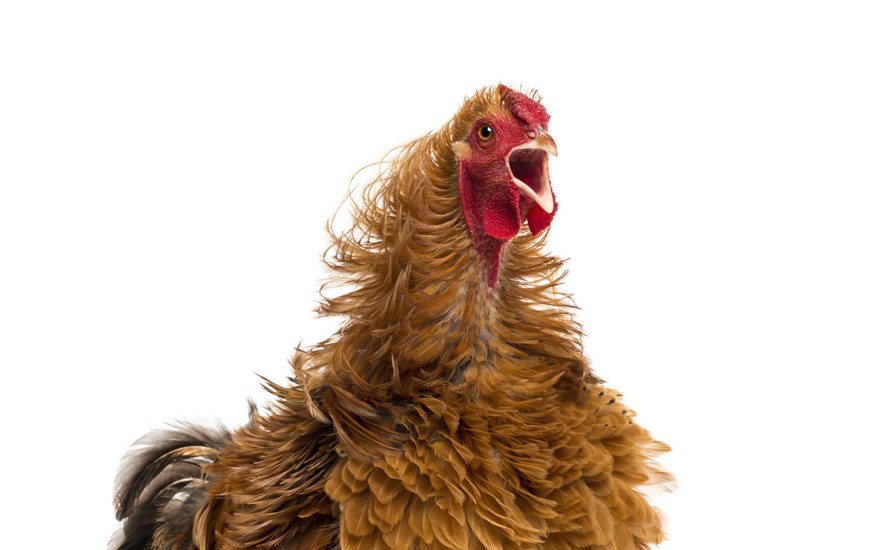 I’ve never lived in the country, and I don’t like barnyard sounds or the smell of shit. I don’t want to hear, see or smell them while they are alive — I’ll save the sights and smells for when those chickens hit my grill. Sizzle, Sizzle… mmm, mmm Good.

But every cool night when we leave the windows open, that fucking rooster is crying out like a lunatic off his lithium.

It’s not a cheery “cockle doodle doo” you learned as a kid or see in a damn Summer’s Eve commercial for an “all-natural” douche. It’s more like if you asked an angry old man (Ed or Geno) with a soar throat to imitate tires screeching out of a gravel parking lot. It’s all scratchy and shit.

The Bear grew up in small town Arizona. There was a rooster 10-feet from her window as a kid.

“I don’t even notice it,” she said to me about this new rooster — at first.

But after a few months…

“That little fucker is getting annoying.”

This isn’t the first chicken in our neighborhood. About 10 years ago we had a “free-range chicken” that hung out in most of our front yards. It was a little, quiet, white female. The drunk across the street (Dennis) kept the eggs.

It lived there for several months – got big enough to ward off all the neighborhood cats. It was not a problem, people liked our little chicken.

I heard it might have been killed by the owls. We have a couple of big-ass owls and an occasional hawk that live in the tall trees that line the greenbelt. I wish those damn raptors would kill this fucking crying rooster. But he hides in the coop or under some fucking lean-to these hillbillies erected in their backyard.

I don’t want to go over there and meet the kind of people that would put a rooster in a suburb. (You know they are either fresh off the boat from West Virginia, or crunchy granola women with hairy armpits and legs…) And I don’t really want to negotiate over this fowl thing.

I’m thinking this is a full-on 2nd amendment solution. But I don’t own a gun. I don’t have time to go to the gun range and learn how to shoot accurately. So a pellet gun or a little .22 will not do. I don’t even think a sawed-off shotgun will provide the kind of one-shot coverage I’m looking for.

I’m buying a rocket launcher or maybe a tank cannon. They have to be legal now, right? Makes as much sense as giving an AR-15 to a disturbed 18-year-old. I’m 3 times that age, I should get 3 times the firepower. Am I right? (Ted Nugent and the NRA say I am).

If I’m going 2nd amendment – let’s go all the way. One shot – no rooster. And no more dealing with my neighbor’s chicken shit.