I once went cycling up a giant mountain with a drug lord from South America.

Sure, sure Angry Ed denies he is (or has ever been) a drug lord. But if ever there was a witness protection name it’s “Ed Vegas.”

I had been talking about riding up Mt Lemmon for years. Did it once or twice with GABA (Greater Arizona Biking Association).  They provide food, water and some protection from the cars for those who pay a pittance to join “the fun.”  It’s the best way to do it.  Otherwise you have to haul your own food and water up 28 miles and 7000 feet.

So Ed, Patrick, and Scott decide to do this thing.  Scott was a fellow fat biker, but he’s a god damn cycling expert.  It’s hard to get him to shut up about components, gear ratios and shit.

Patrick and Witness-Protection Vegas were newbies.  Patrick goes off and buys a flatbar bike on the internet for a song.

Ed peppers me with emails about every classified ad he finds for carbon fiber road bikes. “Is this a good one?” “How much would you pay for this?”

Fuck if I know…

But to fake-name Vegas, I’m the fucking expert. Three weeks of emails and ads and pictures and reviews later, Ed tells me he bought a bike.

What he bought was a fucking $10,000, Pinarello, carbon-fiber, top of the line, straight off of the Team Sky support car kind of bike. 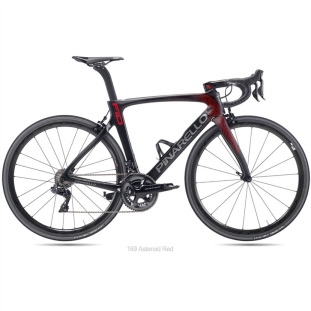 I was thinking, these are the kind of deals you get when you have connections to the cartels.

I’ll bet if I asked Ed really, really nicely with sugar on top, he could get me a slightly used, homemade submarine for less than five grand.

I was just hoping he didn’t break the guy’s legs to get that bike.

We get to the parking lot at 6 a.m.   We are right by the front entrance. Can’t miss us. I pump up Ed’s tires and his inner tubes immediately explode… The bike is so un-used, it still has the cheap-ass showroom inner tubes.  Yeah, yeah, this bike “fell off the truck.”

20 minutes later we replaced the tubes, and we can’t find Scott.

“Let’s go, let’s go,” Ed says in that way that makes us all feel we are just one step ahead of the cops. “If Scott was here, we would have seen him by now.”

We ride —  it’s 4-6 percent all the way up – in an unrelenting grind into the rising sun.

We get to mile 3.  “This is where Ed and I quit our practice ride last week,” Patrick said.  Jesus fucking christ, I’m thinking — that’s not even 10-percent of the climb.

“You’ll be fine,” I lied.  “The first few miles are the hard part.”  I do a lot of lying to newbies on big bike rides.

We take it slow and everybody is rolling past us.  Little old ladies and the sick and lame spin past us and smile.  We get to first rest stop around mile 5.  We get some water, food. Catch our breath and were just ready to leave. Scott came sprinting in.

“God damn it, where did you guys go?”  Scott had waited and waited and then just sprinted up the mountain until he caught us.  He was red-faced, sweating like his whole body was Nixon’s upper lip, and a little shakey.  I wasn’t sure if I should congratulate him or call an ambulance before he had a full-blown MI.

There’s some dispute about exactly when the cramping started.  I say it was well before Windy Point (about half way up the mountain – 2 hours into the ride).  Angry Ed said he didn’t cramp until after Windy Point.

But cramp he did.  It was a fucking horror show.  We could all see the twisted knots of muscles and flesh in his legs and the nightmare faces of pain that flashed as each new wave of cramps convulsed his body in spasms of electrical short circuits.

Cramp. Stop.  Wait for the cramps to subside. Get back on the bike — rinse and repeat every quarter mile for the next 15 fucking miles!

At 6000 feet elevation, strangers got out of their cars to offer Ed electrolytes and sympathy.

Patrick, Scott and I didn’t have any fucking sympathy left.

“Just turn around and head back down the mountain,” we said.  “You don’t have to peddle anymore. This nightmare can finally end.”

“Fuck, that.  I’m going up.” Ed said, like he’s El Chapo, and we are his Mexican prison guards.

At 7000 feet elevation, another 10-minute cramp delay.  We take 10-turns of the pedal and around a corner, there was a support stop.  Fuck!

We were out of food and water and had to stop again. God damn trees blocked our view or we would have left Ed shaking on the pavement while we resupplied.

Everybody takes a turn giving Ed a push with one hand.  As soon as any of us take our hand off Ed’s back, he cramps again.

“All this stopping and starting is making this shit twice as hard,” Scott said.

“Do you want to leave him behind on this mountain? — Cause I’m pretty sure he would hunt us down and kill us all if we did,” I said.

Scott and I agree, we can’t do any more stops.  Patrick has ridden ahead and is waiting in the distance.  We can just make out his thin outline and fucking smiling face. He’s waving for us to catch up.

Ed gets back on the bike.

“You keep going, we’ll start when you get out of sight and catch you at the top,” Scott and I agreed.

Ed gets to Patrick, and they both stop and wave at us.

“Fuck you,” we yell back.  We were not getting on those bikes until those guys were out of sight.

Scott and I pedal about 100 feet, the trees open up, and we can see they are already at the “top” — there’s the parking lot for the Iron Door Restaurant.

And that my friends, is how the angry drug lord beat me to the top of the mountain without even trying.  Mother-fucking-cramping, son of a bitch got a ride in a truck to get back down.  He was too tired to coast.

My Tweets
A Midnight Rider

Life Through The Lens Of A Silly, Stubborn Heart.

The Hidden Truths From a Disabled Girl
The Grocery Whisperer