You can’t see the video (copyright issues). But it looked something like this: 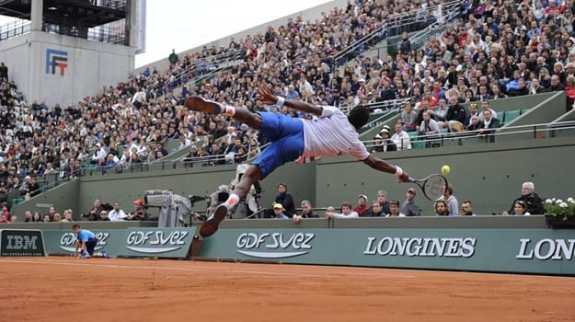 Fuck the tennis stars — let’s get this party closer to home.  I respond:

“Andy’s tweener against Josh and Angry Ed was better.”

I fucking knew Josh and Angry Ed would not be able to let that go. I would have bet a month’s pay it would be Angry Ed… but it wasn’t.

Andy’s shot was far better, unfortunately, that was one of about 6 points he won, still it was a pleasure to witness in person.

Everybody else on What’s App ignored that micro-aggression, but I’m not letting it go…

You couldn’t let Andy have a full 30-minutes to bask in one compliment in his quietly desperate life with his bulbous-headed family.  You had to enforce some kind of pedantic provincial dominance — just to make yourself feel a tiny bit bigger.  What a pathetic little man you are.

And that fucking little bit of saccharin — fake ass sweetness a “pleasure to witness”…  You make me wanna puke.

You have been sandbagging and shopping for the best team in the league with a former drug lord just so you can easily win a fucking recreational tennis match at 4.0 (level).  The prize — you get to go to sections in Surprise (Az) in 105-degree, humid, August for fuck’s sake.

Ohh, but it’s not enough to win, is it?  Your twitchy little troll finger could only wait 26  minutes before it had to type out some bullshit defense for your fragile ego that has been shattered by your own thoughts of inadequancy just because you may have a micro-penis.

This explains why you have stuck with Angry Ed as a doubles partner all these years.  That bastard is the originator of pedantic provincial dominance. You can see it every time he skips a court so he can only hit with “the better” players.

How convenient for Josh to hide behind Ed’s skirt and try to play the good cop to Angry Ed’s version of Lethal Weapon.

But after this fucking little troll move, we see you, Josh.  We see you.

Next thing you know you are going to go full-on Pussy Joe:

Next thing you know, Josh and Ed will be leaving half-finished beers at every bar and won’t finish their fucking cookies from the buffet…

But we may never know. Angry Ed is leaving Tucson — moving to Miami this fall.  We are going to miss that mother fucker in the Dirty T.

No matter how much Josh tries to be the instigator — it will never be the same.  The Third-World Racquet Club will be a kindler, gentler place, but it will be fucking boring without Angry Ed to bring out the worst in all us,  especially little Josh: the What’s App Troll of the Year 2019!

5 thoughts on “The Best Shot in Tennis History”

Author of suspense novels Justice For Belle, Search For Maylee, Aggravated Momentum, and a medley of short stories.

Poetry, short essays and other work showcased by a Scientist, Philosopher, and Adventurer. Posts on Monday and First Fridays.

...mostly it's photos of Vankleek Hill.

Comedy That Matters (To Us)

The Hidden Truths From a Disabled Girl
The Grocery Whisperer