I learned something deep and dark about myself.  If two of my friends ever go to hunt down the last white tiger on earth, the Bear and I would tag along, not say a fucking word, and laugh at all the wrong times.

No, we didn’t kill any animals, but we polished off what we believed was the last bottle of the Espolon Reposado tequila on the planet. 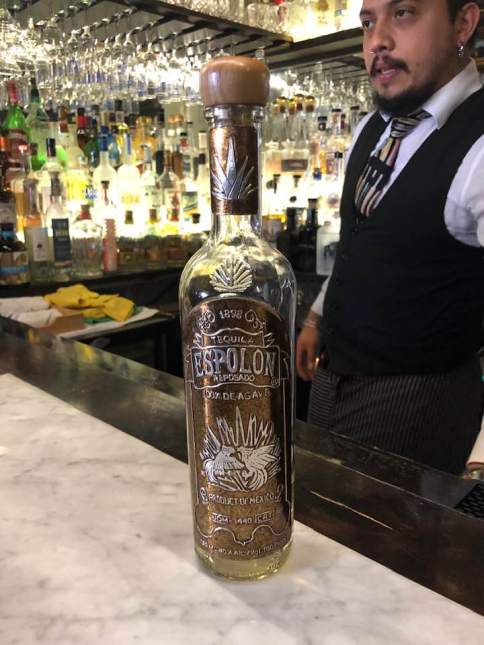 We were with Joe and Geno (yes Pussy Joe and Goat-fucking Geno to you Bullshit fans).  For the last 30 years they have developed an unnatural fondness which includes farting and peeing on each other.

The other shared passion is bottles of “the Espolon”.  But Sky Vodka bought Espolon, “ruined the receipe” and true to the name  — “sky- rocketed” the price.

Joe and Geno finished off their last bottles of the real Espolon months or years ago. It wasn’t quite clear when any of this happened.  Last week, in San Deigo, they went to El Agave tequila bar in Old Town to look for a new supply. 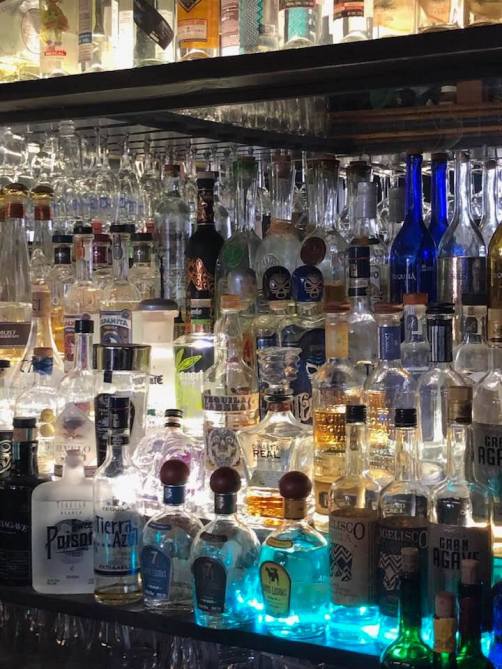 But there was only one bottle left.

When they asked for it on Tuesday, the bartender said they didn’t have it.

“It’s OK,” Geno said.  “We were in here on Sunday and Carlos put the last bottle aside for us.”

And like Jesus on Easter, the last bottle with the last 3 shots suddenly appeared after everybody thought it was dead.  The only resurrection I’ll ever believe in.

The Bear and I were tequila bar virgins.  We have had “silver” tequila in lime aid and called it a margarita, but we had never sipped it before.

Apparently, you haven’t had tequila until a Mexican with two first names pours you a shot in some beaker looking thing on a wood stand. 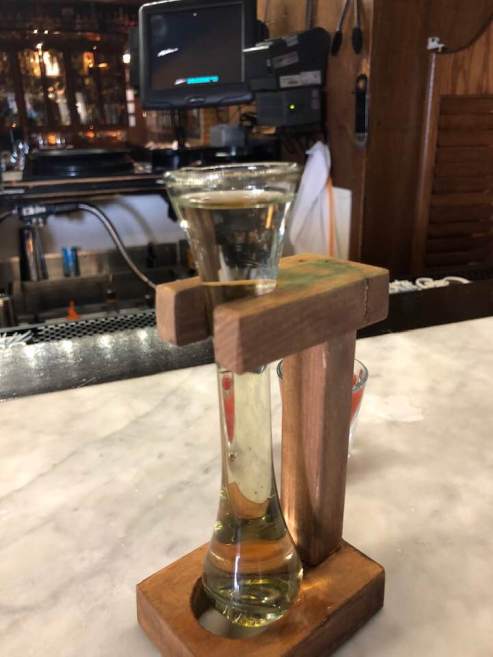 This is how Juan Carlos does a proper pour.

And you sip it like whiskey complete with a palate cleanser with lime and tomato juice.

The Espolon was poured.  The last bottle on earth filled 3 shots for 4 people with just a splash left over for the “loser”.  I was at the far end of the bar and got the short end of the final shot.  It’s OK, I’m used to it (middle child).

I was waiting for a ceremony or a few words of respect.  You know how the hunter thanks the gods or nature or the soul of the animal after killing an elk…

Pussy Joe and Goat-fucking Geno just sipped at their little shot glasses without a word for our white tiger.  The wife and I just giggled.  More bottles came out, and by the 4th shot, we couldn’t tell what the hell we had been tasting and when.

This World is Not Real

Believe it or not, tequila is another argument that we are living in the Matrix.  Like all mystery meat tastes like chicken, all mystery booze comes in two flavors — vanilla for the blanco (white) stuff and chocolate or cherry for the Reposado or Anul  (dark) stuff. They’d sip and say: “can you taste the vanilla?”

There’s no fucking vanilla in an agave plant, so you know that flavor is some made up Matrix bullshit right there…  Who knew the modern-day Morpheus is a guy named Goat-fucking Geno…

The Espolon was no more. Polished off at 2:30 on a Tuesday afternoon in a haze of liquid forgetfulness.  A few shots of other tequilas — I like the blanco’s — and $200 later, we were  stumbling down the stairs to the liquor store on the first floor.

We spent another $200 on fresh bottles of other tequila.  The Bear bought a pretty blue bottle (Clase Azul) that our kid’s 20-something girlfriend likes (the bartender said it was too sweet). 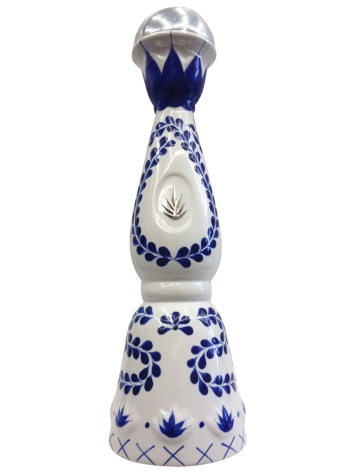 We tumbled out of the liquor store, poorer and less sober in search of tacos and margaritas.  We found both.

We headed back to the beach, drank more than half of two of the bottles we bought and spent the night watching the hotel room spin around and praying we didn’t puke in the bed.

Maybe that was the white tiger’s revenge after all?  We may have killed the last bottle of Espolon on earth, but it took a few million of our brain cells with it…