Now that’s a fucking oxymoron for you.

Civilization is created by women.  Without them, it’s Lord of the Flies with more testosterone and back hair.

Dave Chappelle has a great bit about it…

“Men have nice cars, because women like nice cars.  Men are hunters, and the car is the bait…

“If a man could get a woman without buying a house, he would live in a cardboard box…”

But Chappelle is not totally right.  Civilization starts way before sex.

Ever watch little boys and little girls at the pre-school?  Girls behave like little humans.  They gather and talk in small groups. They organize their surroundings. 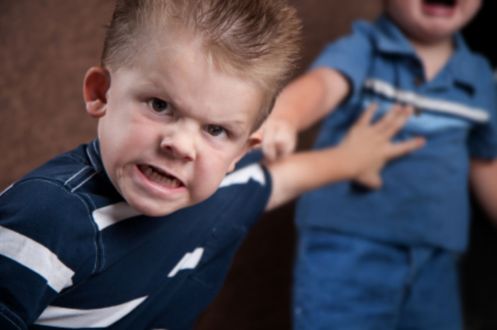 Stole the image from here.

Boys run around like monkeys — hitting each other and banging into things like objects in the asteroid belt.  Despite changes in gender roles, it’s mostly women who teach those little boys to stop hitting.  Some of them listen, some of the time.

When our boy was 2 or 3, he got in a shoving match with his cousin. She was the same age, and they were trying to pass each other (toys in hand) in a narrow hallway.  She wouldn’t get out of the way.

The Bear pulled them aside.

“Now what could you do instead of hitting?” she asked. “Kieran, do you want to tell them?”

I learned a lot that day.

Of course, these are random generalizations and there is a continuim of behavior across both genders.  It’s damn hard to tell what is nurture versus nature.  Any individual person is going to fall somewhere on a spectrum, but let’s not allow variation to blind us from the obvious.

When it comes to “civilization” — the idea of building a safe and sustainable environment where all generations can thrive — males are almost fucking useless on their own. Especially young males with “high T”.

If you give men micro-loans in poor countries, they spend it on:

If you compare spending for men and women in the United States, men spend more on:

Almost every healthy man falsely believes he will make money.  He  will take all kinds of gambles figuring even if he fails, he can make it up later. There’s a lot of fucking bullshit reasons for that including the higher incomes paid by society, but regardless of the reason, the perception is the same.

I remember walking past one of my father’s friends as he was working in his yard.  At that time, he was a distinguished man in his 60’s.  He was a successful professor with lots of publications and tenure. He was not a man of physical labor.

There were branches and leaves scattered about the yard, and the overheated hedge trimmer was thrown on the grass.  As he was picking up dog shit and digging a hole to plant a new bush, he looked at me and said, “beware redheads who make lists.”

If it were up to him, there wouldn’t be a living plant in the yard, and it would be covered in dog shit for months at a time.

Ever see a man in a grocery store with a shopping list?  It’s 3-1 odds that list is in his wife’s handwriting.

For the past 10 years, I’ve been doing my own personal experiment.  Most of the week, I live in a “man cave” in Tucson.  Weekends I spend with the wife in the “big house” in Gilbert.

I’m responsible for cleaning the toliets in both places.  Guess which place has a permenant yellow ring?

I take out the trash in both houses. Guess which one has a pile of trash sitting next to the full trash can at all times?

Sure, sure there are men who keep a clean house. But put any four men in a hotel room for the weekend. On Monday, it takes a crew of six and two gallons of bleach to get rid of that smell.

I’m not talking about criminal behavior or “toxic masculinity” — those are topics for a different day.

But looking at the short arc of human history, it’s pretty easy to say that civilization is created by women — usually to be confiscated and exploited for the benefit of men.  Those politicians, CEOs and “leaders,” who stand on the necks of women who create the society, are the pricks we call Civilized Men.