I recently learned that in 1987 I made the biggest mistake of my life. I got married.

A few weeks ago — 32 years later mind you — my father tells me he doesn’t give a shit about “our” last name.

“I never really knew my father,” my father said. “I didn’t know much of his family. I had a different last name from everybody in my house.  I should have changed my name to Mac Namara.” 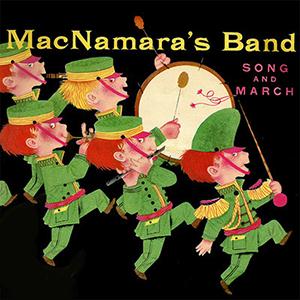 MacNamara isn’t that great either…  but at least it has a theme song.

Sure “Kieran Mac Namara” would have been the biggest victim of bullying ever in Akron, Ohio  — but with this personality, that was going to happen anyway.

Where was this little piece of advice in 1987.

I was marrying a Savage.  I insisted on keeping my last name — I thought it meant something to my father… I thought he wanted more people with his last name in this world.  Bullshit.

That would have been awesome when I was teaching 9th grade in the ghetto.  That’s a name any kid can respect.  I could have been limping around impersonating John Wayne… “That’s Mr. Savage to you, dipshit.”

“Kieran Savage” — sounds like a hit man for the Irish Republican Army.  God damn that would have been cool.

No, no, it’s too late to change now.  At this age, I can’t even imagine changing my phone number or my address — let alone my name. Might as well ask me to change my hair cut — ain’t fucking going to happen.

Not the first time

This isn’t the first time, my parents or my father and I failed to communicate.

I’ve always been an anti-theist, but the Bear and I got married in the Catholic church to please our parents.

Her mother, the House Elf, was a regular church goer.  My parents, the intellectuals, whisked us off to St. V to save us from the drug and sex den of public junior high.

In the 1980s, the Phoenix Dioceses made us wait 6 months — they sent us to “pre-marriage” counseling with a fucked-up, middle-aged couple.  They had been through every 12-step program imaginable — AA, weight watchers, co-dependence, couples retreats with the priests…  (I hope they didn’t take their kids to that one). I’ll bet at least one of them was a hoarder.

I was working nights 11 p.m.- 7 a.m., but they insisted on meeting every other week at 4:30 in the afternoon.  Every meeting they got pissed when I was late or falling asleep.

“Hey, why don’t we get together at 4 a.m. and see how that works for you,” I said.  They almost didn’t “sign off” on us getting married.

We got over the fucked-up couple and on to the rookie priest — Father Tom.  He was 27. We were the first couple he was going to marry.  I refused to call him “Father.”

We were all dressed in pink and gray, (80’s style) and “Tom” would have talked forever, if Dee’s autisim hadn’t kicked in at just the right time.  She started moaning and groaning when the crowd had had enough, and that shut the “Father” right up.

At least the tacos at the reception were good.

A few days after the ceremony, my parents announced they were atheist and didn’t want to go to any more Catholic weddings. The House Elf said she didn’t care for religious weddings either.  Shit.

Could have skipped the counseling and been married by the Justice of the Peace for $20.

But I could have dealt with Tom and alcoholic, co-dependents if we could have ended with that Mass with: “And Now I present to you, Mr. and Mrs. Savage.” or “Mrs and Mr. Savage” doesn’t make a bit of difference to me.

Thanks Dad — any other confessions that would have radically altered the course of my life before we both die?

Are you really my biological father? Everyone said I looked like the milkman.