Hey happy day, I made the “special donor” list for the MAGA campaign.

Of course I did. I’m a white, baby boomer, male living in the reddest republican district in the reddish-purple state of Arizona. 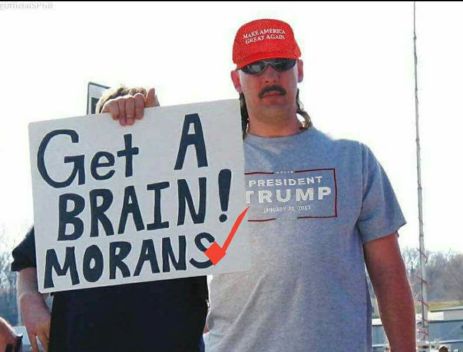 And look at this personal email, the president was talking about me in his office.

Can you believe it?  The president knows my name.  I bet he pronounced it correctly too.

Yeah Bitches…  I don’t want to give my money to make anything better.  I just want to “crush” those fucking Democrats.

Seriously, this is depressing on so many levels.  But I’m just going to focus on two.

First.  They assume all of their donors are so fucking dumb, they would believe that Trump actually discusses their personal donation by name…  This is personality-cult-level propoganda handed down from kings and communists. Stalin and Mao would be proud.

Second. I’m going to assume the Trump campaign and Republicans know how to multiple by 3.  Yes “assume” can always make an ass out of u and me, but it feels like a safe bet on this one.

So why say “Triple” and then multiple by 4?  Because they believe anyone who donates to Trump is too fucking stupid to understand the word “Quadruple” and can’t multiple by 3 in their own heads…

A paraphrased quote from one of my heroes, H.L. Mencken, comes to mind:

“No one ever went broke underestimating the intelligence of the American public.”

I’m sure someone could find a fundraising letter from a group on the left that’s just as asinine…  But god damn this is a bad sign for America.

We should all hang our heads in shame that this kind of shit works…  And works it does.  Trump campaign collected $125 million in the third quarter of 2019.