What would Geno do?

Every fiber of my non-existent soul didn’t want to tell this story.  It’s wrong on so many levels.  Stop here if ye be afraid…

I was in the “Geno” stall at the La Jolla Beach and Tennis Club — the LJBTC community.  It’s the big handicap stall in the gentlemen’s room off the hallway that leads the 1 percent from the heated pool to the private beach on the Pacific Ocean.

Pictures of the rich and famous members and tennis champions adorn the walls of the hall.

The bathroom is swept free of sand almost every hour. There are individual cloth towels to dry your hands.

The plumbing and room were designed in 1920.  Not very much space, low ceilings and tight doorways.

“It’s the perfect place to take a shit,” Geno told me years before I even contemplated becoming part of the LJBTC community.  Defecation is Geno’s number one concern in life.  There are 13 Pendejos in a chat room on What’s App. That’s the “secure” app terrorists use to plan their attacks. Geno uses it every morning to tell us about his constipation, his hemorrhoids, or his colossal success in killing a bowl.

That chat is the only place I can find out about upcoming tennis matches and/or drinking parties for the hopeless alcoholics that inhabit Tucson.

I had been in the Geno stall for quite some time.  Nothing that big moves very quickly.

When done, it looked like a satellite picture of the earth with a mud filter.  Paper formed the white caps of the poles, and there was a spherical mass that filled every millimeter of space. 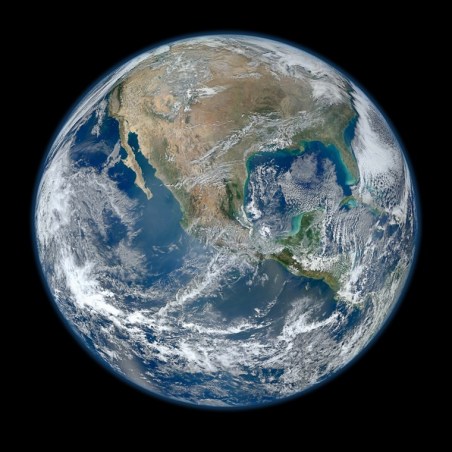 Not an actual image of the damage, but you get the metaphor.

I flushed. The low-flow toliet didn’t make a dent.  I could still pick out the Ismus of Panama.

Jesus Christ, am I going to have to flush 15 times to destroy this planet of shit? Is this how Trump feels every morning after belching through a bucket of Kentucky Fried Chicken the night before?

Or worse… will the next flush simply back up and overflow the entire bathroom.

The tile looks like it slopes toward the hallway.  I stepped outside the stall to see if I could find a plunger — nothing. I looked for a floor drain — just in case.  Didn’t see one.  I imagined my shit running across the floor and staining everything under the hall of fame images.

Hey, I’m not a fan of the super-rich, but I don’t wanna be the “guest in their house” who shit all over the family portraits.

And then it came. I had to ask myself, “What would Geno do?”

As our lord and savior of all things shit-related, surely one of Geno’s morning chats would be the missive I needed to get off the horns of this dilemma.

I scrolled back through What’s App.  Nothing.  Like Jesus on abortion, the shit-god Geno was silent on the conundrum of a failed flush.

Am I the “guy” who could just walk out of that room and leave this mini-planet behind?  If it started to over-flow, would I stand and fight, or run away like an empty-boweled coward?

I walked out to the hallway and took a deep breath of the clean sea air that flowed in as someone opened the door on the beach side of the hall. Shit.  I might be busted.

Resolute, I returned and flushed.  It was like earth was hit by a small asteroid.  There was destruction and change.  Most of the mantle was gone. But the heavy, rocky core remained.

Again. Major progress.  The paper was gone, most of the core was gone, but the stains  remained.

Again. Almost all was passed.

One last time for good measure.  And I could leave the room without covering my head in shame.

What would Geno do?  I have no fucking idea, but I learned I’m a man that does not walk away from his responsibilities.  I flush till it’s finished.